Home Tips And Tricks This Is How You Get Used To The Noise Of Your Washing... 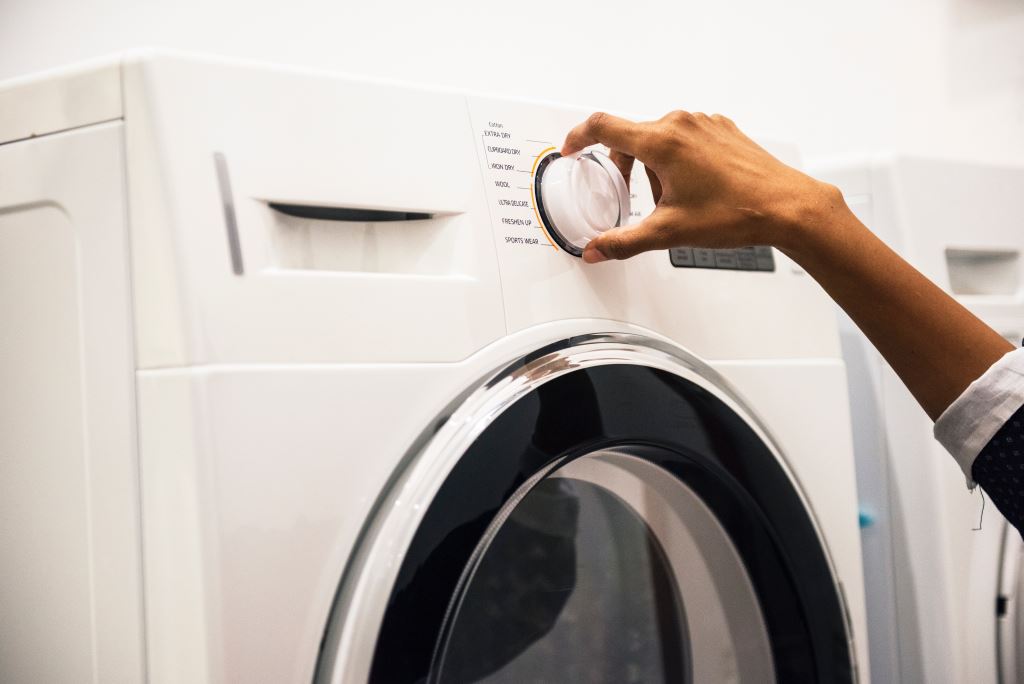 However, there are a number of ways to turn off too loud washing machines. You can find out how to get rid of the noise in your washing machine in this article.

Vibrations and noise are transmitted to floors and walls

Vibrations from washing machines are often so strong that the vibrations can be transmitted to floors and walls. This not only creates noise in one’s own apartment, but also noise from neighbors and lower-lying apartments.

It is therefore important to suppress these vibrations as much as possible in order to ensure more peace and quiet when washing. This is easy on your own nerves and prevents disagreements with the neighbors.

This is how you make your washing machine quiet

Fortunately, there are a few different things you can do to make a noisy washing machine quieter. In the following we introduce you to some of these possibilities.

First of all, you should make sure that the washing machine is set up correctly and is working properly. This includes checking whether all transport locks on the back of the machine have been removed. If this is not the case, the washing drum cannot move properly and there is a risk of total loss.

Has the washing machine been set up correctly?

Another important point is to set up the washing machine correctly. This means that the machine must be absolutely straight. To check this, you need a spirit level with which you can check the correct position in the horizontal and vertical alignment.

Often the dog is already buried here. Even the slightest misalignment can ensure that the washing machine vibrates more than desired.

If the noise is only caused by spinning, you can first try to reduce the spin speed. The spin speed indicates how often the washing drum rotates within one minute. If you have set the spin speed to 1600, for example, then the laundry drum rotates 1600 times per minute during spinning. That is enormous.

A high spin speed has the advantage that water and moisture are thrown out of the laundry as much as possible. The higher the spin speed, the less damp the laundry will be after washing. The laundry dries faster.

However, a high spin speed not only has advantages, but unfortunately also some disadvantages. At a high spin speed, the laundry wrinkles more during spinning than at low speeds. So ironing could be more work.

Another disadvantage of high spin speeds is the volume. The higher the speed, the louder the spin will be. At high speeds, however, not only does the volume increase, but also the vibrations in many washing machines.

So there is a lot to be said for reducing the spin speed.

We used to always spin at 1600 because this number was preset in our preferred washing program. This spin speed can, however, be reduced manually before washing begins. And that’s exactly what we did. Now we only spin with 1200 or even 1000 revolutions and this alone has already significantly reduced the noise when skidding.

So it doesn’t always have to be the highest spin speed. If you reduce the number of revolutions per minute while spinning, it could be that some problems such as excessive volume and vibrations will solve themselves on their own.

Such a soundproofing mat can reliably dampen unwanted vibrations and noises and thus ensure significantly more peace and quiet when washing, as it has a vibration-damping and stabilizing effect.

The material thickness is important for washing machine pads. Anti-vibration mats and soundproofing mats for the washing machine must not be too thin, otherwise they will not have the desired effect.

Incidentally, such an anti-slip mat is quite flexible and can not only ensure peace and stability in washing machines, but also under other devices such as dryers, dishwashers, loudspeakers and fitness equipment.

Vibration dampers are an alternative to anti-vibration mats. Such vibration dampers can generally be used for all commercially available washing machines and / or washer-dryers, or of course also for dryers and dishwashers.

Vibration dampers are cheap to buy and definitely worth a try.

Put the washing machine in the laundry room

If all else fails, a washing machine that is too loud can of course simply be placed in the basement or in the laundry room, where it usually does not bother despite its volume.

Anyone who has such a laundry room should definitely consider this option. In addition to reducing the noise in the apartment, this also saves a lot of space.

Washing machines can be loud and annoying when in use. Fortunately, there are a few ways you can manage noise and vibration. And the good thing is that many of these methods don’t even have to be expensive.

Best VPN Providers 2023: Anonymous Surfing On The Internet With Increased...