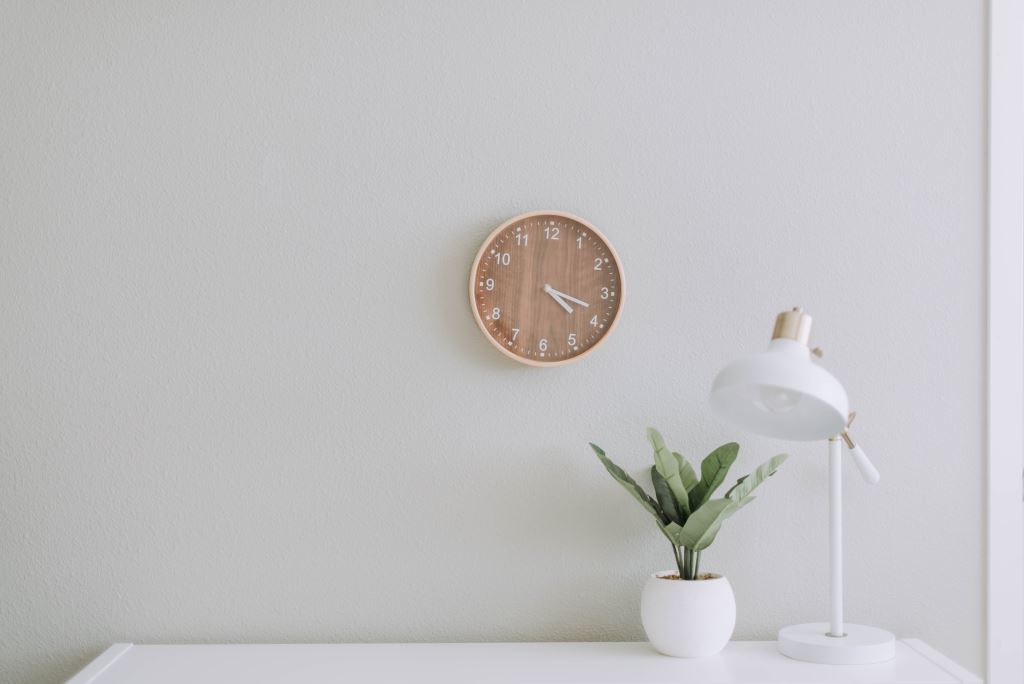 Although the current time is always displayed on a variety of technical devices such as smartphones or computers, wall clocks are still very popular. Because you always have a wall clock in view and you can read the time on it immediately and without further action.

However, a wall clock is more than just a timepiece. Rather, wall clocks are decorative elements on every wall and part of the interior of a room. A wall clock selected to match the furnishings can give the room that certain something and is in fact a real eye-catcher.

For this reason there are wall clocks in all kinds of different styles, shapes, colors and sizes so that everyone can find their own individual clock.

However, one often had the problem with wall clocks that they make their typical tick-to-tack noises. However, these ticking noises are undesirable in some rooms. For example, in a bedroom or in a room where people are concentrated.

In our fast-paced and modern times, we already have to deal with many different sources of noise, which are becoming increasingly disruptive.

That’s why people want to be as quiet as possible at home. But in offices too, attempts are often made to reduce noise as much as possible. For many people, a quieter work environment has a positive effect on concentration and thus also on performance.

Noiseless wall clocks are therefore not only the better choice for noise-sensitive people, but are often preferred in general.

A noiseless wall clock is the solution

For this reason, customers look out for a noiseless or silent wall clock. Fortunately, the two terms “wall clock” and “silent” are no longer a contradiction in terms. In the meantime you can also find a wide range of silent wall clocks .

In movements with a creeping second, the second hand moves continuously and reaches a new second mark every second.

And when a hand jumps from second to second, it naturally creates the typical sound of a wall clock with a second hand .

Quiet or noiseless wall clocks often work on the principle of the creeping second. The term “sweep clockwork” is often used in connection with a silent wall clock.

If you want to buy a silent wall clock , you don’t have to worry about the costs being too high. Quiet or even silent wall clocks are already available for relatively little money and in a large selection.

If you always want to read the exact time, but still don’t want to do without a low-noise wall clock, you can use a radio-controlled wall clock with a low-noise sweep movement.

In wall clocks with a sweep movement, the second hand does not advance in steps of one second, but in many smaller steps. This creates something like a continuous movement of the second hand.

In addition to its highest accuracy, a radio clock usually also has the advantage of automatic summer time / winter time changeover. Apart from the occasional change of the battery, you hardly have to worry about the clock.

If you want to buy a noiseless wall clock, you can fall back on a large and varied range. However, the information provided by the manufacturer should be observed before purchasing. Because a low-noise wall clock is usually not silent.

A low-noise wall clock can therefore still be annoying for people who are sensitive to noise, since low operating noises can still be audible.

If you want a completely noiseless wall clock , you are usually looking for a wall clock without ticking .

Such a clock then usually works on the principle of the creeping second, which we have already described, or dispenses with a second hand entirely. A noiseless clockwork must therefore be used.

If you look around for such wall clocks, you will often find the term sweep clockwork. A sweep movement is usually described as being quiet or almost completely silent.

If you are looking for a silent wall clock, you can of course still opt for a wall clock with a digital display , i.e. without a dial and pointer.

For some people, looking at a watch with a dial even has a calming effect. That doesn’t really apply to a wall clock with a digital display.

Conclusion on the low-noise wall clock

With a silent wall clock you can enjoy the peace and quiet without having to forego the luxury of a decorative wall clock.

A low-noise or even noiseless wall clock can represent a further component – such as a quiet keyboard – for quiet and pleasant living.

Because we already have enough noise and noise outside the apartment.